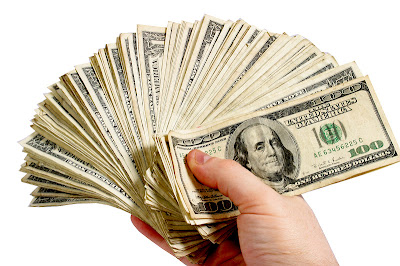 My friend Henry is always wise. Through the generosity of Henry's late wife Sara (who I miss even though I never actually met her), I have been privileged to share in email conversations with a group of awesomely genius type people, Henry among them.  I think Henry is spot-on here and with his permission, I am sharing his thoughts with you. We really do need to find some way to shatter the distorted looking glass through which we have been programmed for some time now to view the world.

I need to make some comments about the constant refrain of "economic uncertainty" that emanates from corporations and the Republicans.  I don't know who devised this concept, probably Frank Luntz, but they are all talking through their collective fat asses.

There never has been "certainty" in American economics.  The economic landscape has been constantly shifting in every dimension: dynamics, regulations, economic conditions, laws and world conditions.  Capitalism is all about responding to uncertainty and adapting effectively to economic changes.  It is about taking risks and either failing or succeeding.  Economic certainty is a facet of Fascism, not Capitalism.  Capitalists are ideally rewarded for meeting current conditions with a product that will succeed despite "uncertainty."  There are no guarantees, nor should there be.  All of these folks who are wringing their hands and refusing to invest in jobs and production are full of shit.  Their intent is to hold off because (1) they are rolling in cash and are in no danger of failure and (2) the longer they hold out, the worse the economy is for everyone else and the more likely it is that Obama will not be re-elected.  The consequence of that is the "certainty" that whatever the major corporations want they will get.  That is the kind of certainty they seek.  Workers be damned.

I think the Democratic Party needs to take on this talking point fully and start undermining this absurdity.  The more certainty there is at the global corporate level, the less certainty there is for everyone else.  It is the task of government to provide more certainty for individual citizens and less certainty for corporations.  The more "certainty" there is for corporations, the less creativity, productivity and responsibility to the larger community is necessary on their part.

We have many chickenshit corporations.  They could easily spur economic development by hiring lots of people, paying them well and producing goods that these employees need and want.  They would have to temporarily rely on the cash bonanza they have been withholding, but it wouldn't take long for well-paid employees to start spending money.  All it takes is a little faith in Capitalism.

Please address this issue with everyone you communicate with.