And I Rant On

Everyone I know seems angry and depressed.  Those of us who find the Trump administration both immoral and embarrassing feel like our country is being disgraced by an ignorant bully.  Our moral compass - which, granted, we have not always lived up to - is quite literally being shredded and tramped on with a kind of remorseless and gleeful hypocrisy.

I turned on CNN this morning to unending discussion of yet another crude stupid tweet from our narcissistic "leader,"  who apparently made a graphic of himself wrestlng CNN to submission.  A stupid tweet and what is probably a slightly hyperbolic response from CNN... but then it isn't me he is calling an "enemy of the people."  CNN has plenty of flaws, but I do find it ironic that my right wing acquaintances who are addicted to propaganda from FOX and Rush Limbaugh have swallowed and regurgitate the idea that the rest of the media is "fake."  What every happened to fact checking?  What ever happened to thinking.  It is apparently a dead art.

I stuck with CNN through Fareed Zakaria because he has guests who are knowledgeable and have actual conversations and don't just throw inane sound bytes (most talking head "debates" are the equivalent of monkeys through feces at each other).   What is most frustrating - I think I'm repeating myself, but if I keep this up, I will probably repeat myself a lot - is that the media continues to pretend that Donald Trump has a clue about anything.  They cover him as though he knows about issues and is making actual decisions.  You only need to listen to him for a couple of minutes to realize that he knows nothing at all, for example, about health care in general or about the bill he is pushing.  He doesn't actually care what's in it or who it hurts. (Unless you count our former President.  The Trump presidency is in many ways guided by a desire to erase everything Barack Obama did.  It is a blend of hatred of the first black president and narcissism. I'm sure psychologists - if the planet survives - will spend decades studying the psychological pathology.  But I digress...)   Besides hating Obama, Trump wants to score a point.  It's all about himself and how great he thinks he is.  Some in the news media hint at this, but they always add some qualifier that pretends the man is actually informed on any subject.  One only has to listen to the vague inanity that issues from his potty mouth to realize that there is no there there.  "It's going to be awesome," isn't a policy discussion.  "We had a great meeting," even if the participants had a grand old time - is not a reflection of substance.  It's theater.   So anyway, six historians sat around and pretended that this man who apparently spends something like 5 hours a day watching coverage of himself on TV is sitting in the oval office formulating policy.  He isn't.  He's spewing political chum for his followers. engaging with is family in an ethical free ride in which they are using the presidency to line their own pockets, signing horrible decisions with no thought to their repercussions because he is not a person who gives thought to anything except his own ego gratification.

I fear that the US has been lucky and prosperous and free for so long that we don't really understand that it is frighteningly easy to lose those treasures.

Happy Independence Day Weekend.  May we wake up and recognize the gift we are at risk of losing to a self-serving bully who wouldn't recognize greatness if he tripped over it.
Posted by Raven at 3:37 PM 6 comments: 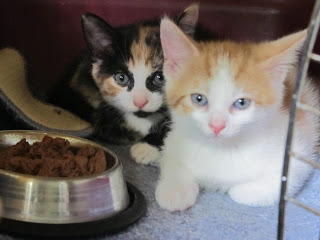