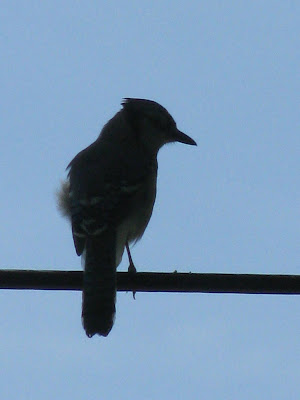 Well, I'm having another pity party. I should go back and see how cyclical these are. They seem to me to be way to frequent. I'm trying very hard to get myself back into a good sleep cycle with the emphasis on trying, I guess, since I'm not succeeding. Today the sun is out, though and it's warm again. I spent yesterday bundled up like it was winter although it wasn't really that cold. I just don't like myself very much when I get like this. Part of the problem is that I'm not feeling too well physically and that combined with a lack of sleep is just a bad mix. But anyway.... I figure I might as well use my bad temper to grumble about some political things.... in random order

One of the things that's been leaving me dumbfounded is the whole thing about how "the American people" don't want Gitmo prisoners on our soil. These people have been locked up and brutalized (without any proof in most cases that they are even guilty of anything) for years. They aren't supermen. They aren't invincible. They are people who have been accused of a crime. They can't be jailed on our soil? What will happen if they are? Will we implode? Are they so clever that they will escape en masse? Are our jails so feeble that they can't hold accused terrorists? Absurd. Every time some polititian intones how "the American people" feel this or that or don't want this or that, it makes me cringe. It's like code for I'm about to say something that's total nonsense, but if I claim that "the American people" want it, nobody can argue with me or accuse me of political game playing because it's not me, it's the American people.... How stupid are we? How stupid is our media that they just repeat this crap ad nauseum without actually checking out whether it's true. Jon Stewart said it with humor:

Speaking of checking out whether things are true or not. Polls. I don't believe them. I think we pay way too much attention to them. A cleverly worded/interpreted poll can be made to say what you want it too. I got polled last year on my opinion of the natural gas companies invading my state. The questions asked were geared to make it seem like I'm thrilled with the gas companies digging up my state. (I'm not.) "Do you have any negative opinion about XYZ company?" Well, no, I've never heard of XYZ company.... I could go on. Polls can be manipulated. Questions can be intentionally or carelessly written to give false results.

Nancy Pelosi vs. Newt Gingrich and the CIA. I don't know if Nancy Pelosi knew about waterboarding. She's not the only one on the committee saying they weren't told. She is one of the people pushing for a truth finding commission. I think this is the kind of thing where people can talk past each other.... and of course there is conveniently nothing in writing but people's "notes" and "recollections." I think it's possible that both sides in this conversation are telling the truth as they see it. Nancy Pelosi didn't get to be the first woman speaker of the house by being reckless. I don't think she made here statement casually. She could also be lying to protect her ass. I concede that. This is one of the areas in which I disagree with President Obama. I understand why he wants to avoid investigating the questionable actions of the Bush administration. He has so much on his plate and such grand ambitions for healing what's wrong with this country that he doesn't want to get mired in the political quagmire and divisive psychic pain that will come with confronting the Bush administration's behavior. I don't think we can heal as a nation unless we do, though. A nation that spies on it's citizens and tortures other human beings isn't the one I think of as my country.

I am still stunned that so many people are comfortable justifying torture. Fascinatingly - truly - is that in a recent poll, the people most comfortable with using torture are born-again Christians. Have they read the Bible? I continue to be baffled that people think we can protect our way of life by defiling it. Or that such actions make us safer. There is little evidence that it does. It is, to me, antithetical to what being American is. If it is who we are and who we want to be, then I think we need to face it head on. There's a thing about playing the victim card that really troubles me. I think Israel does it and I think America has been doing it. It's also how many of the terrorists we so loathe justify their actions. Something bad happened to us and therefore we are allowed to justify anything we want to do in retaliation. Thing is, that's not how laws and ethics work. Lots of bad stuff has happened to me in my life. That doesn't give me carte blanche to go out and pillage and murder anyone who I disagree with or suspect of not being a nice person.

Republicans, given that they have nothing much new to offer of their own, are trying to rename the Democratic party as Democratic Socialists. Give me a break. Colbert did a brilliant "WORD" segment last night on the penchant for rebranding.

Health care is another thing where Republicans are allegedly speaking for "the American people." I know a few people who are frightened by Universal Health Care, but not many. I know I have been in favor of it forever...

Credit cards... Well there's something I'm happy about (!!!). Finally some action to reign in the legalized usuary of credit card companies.


I could grumble on and on, but this is probably way more than enough. Here are some Spring photos to atone for my political ranting. 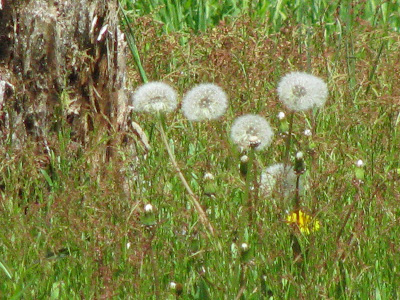 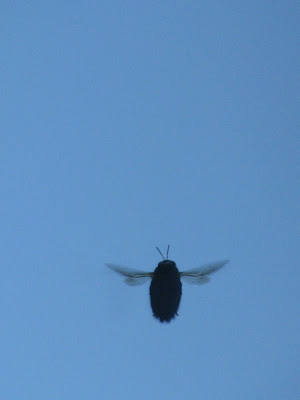 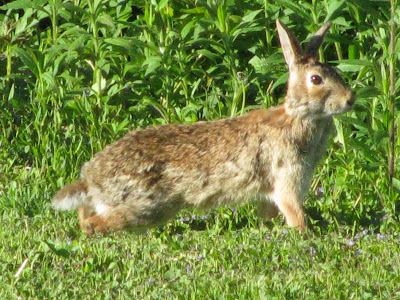 By the way - is anybody else having a weird glitchy thing with blogger where the comments count changes back and forth? I fear I may have some kind of virus or something.
Posted by Raven at 12:30 PM

The comment count thing is not just you -- sometimes mine are disappearing and reappearing.

Re: Ranting. Well, it's better to have you back 'on' than to wonder where you are and how you're doing! So we'll take ranting, especially if you put in bunny photos!

Re: Christians and torture -- tsk, tsk, tsk, it's a POLL! Depends on how you ask the question, right?

It was unseasonably cold here too. I'll try to remember how this feels when we get to August.

I've always worried about torture being the plan of the day and it worries me more that some of our women in service feel they have to go along to get along...

It's been in the very low 40's here for the past three days...South Carolina...go figure!

I love ranting, makes me feel good. At least when it's over. I love your rants and my niece Sissy's rants in particular...(She of "Just Living Large" though with as much weight as she's lost she could change her name now to the incredible shrinking woman!

This credit card legislation doesn't do squat, as far as I can tell. There are still no limits on what percentage they can charge you. They just can't raise the percentage on existing debt, unless you're 60 days late in which case they can raise it all they want. It was usury and it still is usury.

Hey, glad someone else is cranky-I feel rather ornery this week myself!

Hooray for Jon and Stephen. I am just thankful that they give us some comic relief in all of the political drama-mixed with food for thought.

What a good capture on the bunny! Looks like you caught him before he headed on to his next adventure.

Today, an Armenian guy at work said he is disappointed in Obama for not following through on a promise to acknowledge the genocide of Turks against Armenians. I told him to give the guy a chance; he's just taken office. He shook his head and walked off. I knew he was hurt. But there's so much going on. I am open to good ideas.

Sorry you are feeling bad, Raven. Sleep is a problem, I think for so many of us. I DO love your photography and of course, the Word Wzzle! lol! :)

We were designed for a proper amount of sleep. When we don't get it, the whole system is turned upside-down. Perhaps a cleverly designed poll would show that at least half of all mistakes made in politics can be blamed on lack of sleep... ;-)

Raven ---Although I haven't stopped watching/reading news completely, i have cut down my news a great deal ---and WOW ---it makes a difference in my outlook. I tape the NBC news each evening to watch later ---but half the time I fast-forward through most of it. I like the "Making a DIfference" segments at the end ---showing the good people are doing. I feel like I have to be informed, but watching the first minute or two of each segment of the news gives me most of the info I need. If something is particularly interesting to me, I can watch the rest of it, if not, fast forward to the next topic. I tape the local news, too. On weekends, my local news is all about shootings & accidents. I don't care about sports, so all I usually watch is the weather forecast. Try going on a news fast (or diet) for a week. I bet you will feel better.

Dear Raven,
You know that lack of sunlight can make you depressed?
ou better sit in the window wherever the sun can be seen.
Vitamin D are made in our body by sunlight. You need to have extra supplement of that too.
This is also probably why elder people are living longer when moving south. (Norwegians move to Spain.)

The Gitmo prisoners..I see that your president has asked Norway to receive some of them.
That man is loosing respect over here. Our police and our prisons are not half so "well-equipped" as those of the US.
We are still living rather protected and innocently.
There is a rising problem with the big amount of Asian immigrants though.
Narcotics and Sharia laws.
I tell you; dangerous prisoners should be dealt with by those capturing them!
Torture ruins a person for life.
That's why the Geneva convention has forbidden it.

Hmm. I'm getting pretty agitated myself.
If the US exports her problems overseas, it will not be well received, that much I know from the news and the papers.

I had several weird in vain trials to see Jon Stewart. Had to give it up.

that photo of the fly is amazing!!!

"torture the data enough and it will confess"