Can't wait for this to be done either... My before pictures didn't come out very well so I'll save them for the final "reveal," but here's a tiny taste of today's activities... They found boards starting to rot under the tub. Not too bad, though, and can be fixed. They were supposed to let me know before they unhooked the toilet but they forgot. Going to be a long day. But the new floor will be in at the end of it, I think.... and maybe the new toilet. They'll rehook the old one in if not the new. I'm looking forward to using it. 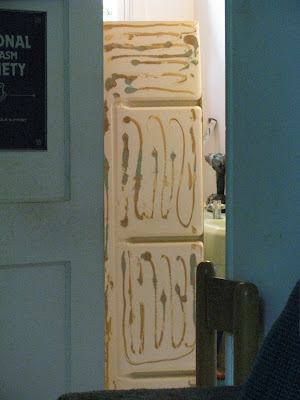 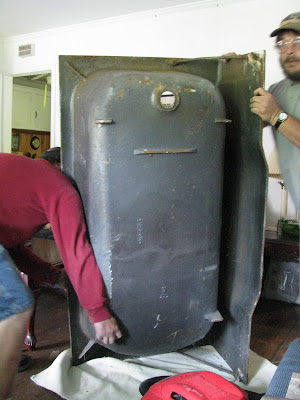 I hope you were able to make alternative arrangements for the toilet being out of bounds? :0

Once work started it's going right along - I'm so glad!
Is that a red vacumn I see and look at that's burgandy sweatshirt - why, it's Ruby Tuesday! :)

Gee - it could have been Ruby Tuesday, couldn't it? These guys work really hard. The linoleum is down (no picture - I hardly got to see it when they covered it to protect it and started working on the shower. The toilet is in but I haven't gotten to use it. They said it was going to take 4-5 days, but they seem to be tearing along so that I think it might only take another day - two at the most. That would be fine with me!

Love the very moving video on health care. I don't know what will become of this nation if it doesn't pass.

Dear Raven,
This has really turned out to be a Pilgrim's Progress.
I'd panicked if I had no access to my toilet for a day.
It was a good thing they found out about the rotten boards though.
But not really a blessing in disguise.
Happy Ruby Tuesday to you and the guys.
From Felisol