The Alphabet Backwards: H is for Hemp and Humor

Please scroll down for Project Black and OSI

Disclaimer: This is a hodgepodge (h word). I know I should go over it, edit it, cull things out of it, add things. But I'm not going to. High noon has come and gone along with my enthusiasm. Hopefully there are some coherent thoughts here and there in these ramblings. And there's definitely link to a wonderfully funny video at the end.... the reward for reading through (though now I've told you about it, you can just skip down to the bottom and avoid the rest...).

Monday, the day I dread... the alphabet backwards day is here again. "H" is a nice friendly letter, though with lots of good words attached to it like happiness, health, honesty, hearth, home, hornets, hummingbirds, heresy, hedonistic, homage hemisphere, heiress, hegemony, heath, heather, Hellenistic, hubris, huggable, huge, hunker down, hop scotch, Hebrew, hasty pudding, hen pecked, hot dogs, holy, Hudson River, help, hodge podge, hog wild, humdinger.... Well, you get the idea. It's a letter with great potential for ideas. And of course this means that I'm having a terrible time choosing but in the end, I think I'll go with two: Humor and hemp. Don't ask me why. I have no idea how my mind works.

I think I'll start with hemp. I don't really have an awful lot to say except that it's such an amazing product that I don't understand the resistance to growing it. Hemp is an amazing plant with diverse u

ses which has gotten a bad name from it's sibling, aka marijuana. Hemp is no more responsible for the deeds of it's kin-folk than I am. Just because my brother and I are related doesn't mean we are the same person. There's a reason we don't speak to each other. So it is with poor hemp whose gifts lie dormant while it's glitzy hedonistic kin gets all the attention. But hemp has so much to offer. It is rich in nutrition. I make a shake these days from hemp protein as opposed to soy. It's yummy and it's ultra nutritious. Here's what my niece has to say about it on her Foodscout.com analysis. In addition to it's nutritional values, hemp based fabrics are virtually indestructible. I have a hemp wallet (well it doesn't get much use since I have no money and never leave the house, but still... ) which except for a bit of genteel fading is as sturdy as the day I got it. And I absolutely love Dr. Bonner's liquid soaps which I have probably been using for at least 30 years, before there was any controversy about hemp. In any case, it seems to me that hemp is indeed a wonderful alternative to tobacco. Why not grow something that promotes health, that provides nutrition, rather than sticking with a product which we know kills people. I just don't get it. Not a very masterful treatise on hemp, but the best I have to offer on a Monday morning. At least check it out a bit. For those with truly inquiring minds, here's a site with much more information than I can offer.

One more thought before I move on from hemp. I am a product of the 60s. I was too afraid of life to be a true hippie, but I was deeply enamored of the joy and freedom of Haight-Ashbury and psychedelics and the idea of marijuana. Being the honorable creature that I am, my parents, who were paying for my school had said something to the effect of "don't use our money on that stuff" and so I didn't try it until I was working. Since I was in the position of observer, I did notice, even despite my fascination with the idea, that most of the people I knew who smoked a lot did not get more interesting. They became quite boring. When I did try it some years later, it didn't do much for me. I'm probably one of the few people who believed Clinton didn't inhale. I tried to inhale, but not being a smoker, had a hard time doing so. He may very well not have inhaled and in the end who cares. In recent years, I have seen some people's lives deeply damaged by the impact of heavy pot smoking. I think we should spend less energy trying to criminalize it, though, and more energy being realistic about the harm it does. If we put energy into treating addictions rather than condemning their victims, we would have more success. And meanwhile while we give lip service to how bad cigarettes are, I don't see much happening - really - to slow those industries down. But back to the original topic.... since hemp is a viable alternative to tobacco, the myth that farmers would starve is just that. A myth. So those are my random, somewhat disjointed thoughts on hemp. On to humor... 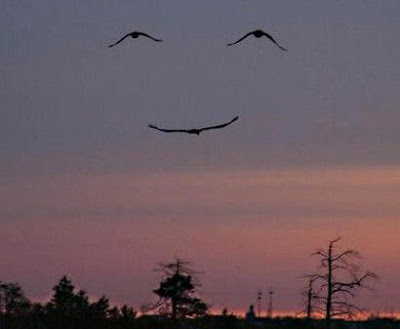 I think humor is essential to survival. I think we need it. I know that I do. Humor, in my opinion, connects us to one another and to the divine. There are few things more healing than laughter. Years back a man named Norman Cousins wrote a number of books on this subject. He wrote at least two books on the subject of humor and healing. The first was called Anatomy of an Illness and related his own story battling a presumably fatal and rare form of arthritis. I no longer remember the details of how he came to do so, but as I recall the story, he began watching Marx Brothers movies and discovered that laughter actually eased his physical pain. He eventually recovered and dedicated much of his life to the relationship between emotions and healing. In his second book on the subject - called The Healing Heart - the anecdote I most remember has less to do with humor than belief but it's profound (and also rather amusing) so I'll mention it here anyway, since healing is also an "h" word. In this book he tells the story of a man in recovery from heart surgery. Still groggy and half conscious in the recovery room he hears the doctors talking. They are using doctor speak so he doesn't really understand what that they are in fact saying that he is not likely to make it. What he hears is that the surgery was a success... and hearing this, he recovers. Interviewed later he said that the turning point was hearing those two doctors discussing his case. What he believed they said had more impact than what they were actually saying.

But I've kind of digressed from humor. I can't imagine life without humor in all its lovely and diverse forms, from irony to silliness to political satire... It makes life interesting and I believe that it really is healing. One of my favorite websites is something called Despair, Inc., a witty and sardonic and hysterically funny satire on positive thinking. One of their t-shirts reads, "More people have read this shirt, than have read your blog." Among my favorite saying in their "demotivator" posters are the following:

Consistency: It's only a virtue if you're not a screw-up.

But enough... I'm kind of rambling around here, writing this in between phone calls and other distractions. Just one last thought on humor or the lack of it. I personally think "the Church" has misunderstood much of the teachings of Jesus and much of what we are taught is distortions of the messages in the Sermon on the Mount and other teachings. Beyond that, one of the things that bothers me most about the standard portrayal of Jesus is that he seems t have no sense of humor, no vibrancy. We (the church/society/whoever) seem to alternate between depicting him as either a kind of vapid girly-man who wanders wanly through the land saying pithy wise things, or as a kind of tragic, depressed being. Assuming that he is/was real, I doubt he was either of those things. I suspect he was full of life and humor and joy. I don't think you can really be connected to God/Spirit unless you connect to joy and laughter and love. Laughter, like music, opens the heart, resonates and vibrates the body and spirit together. You can't laugh too much.

When I was a little girl, probably until I was about 8 or 9, I had a laugh that rolled out of me from some unknown place. It made everyone around me laugh too. I mean we laughed until it hurt. I loved it. Alas, my mother didn't love it and eventually managed to kill it off. I'm hoping that it's still in me somewhere waiting for me to find the key to whatever chest it has been locked into. I wish for all of you much laughter, much humor and lots of joy. If you have made it this far through this meandering essay, I recommend that you check out the little video that I posted on Saturday called An Engineer's Guide to Cats.... It will make you laugh.

That's it for the letter H, I guess. Keep laughing.
Posted by Raven at 1:35 PM

That was a great post! You got some serious writing skills! I enjoyed - and while not laughing out loud - I ended the read with a smile on my face. Love the birds forming a smiley face! Thanks!
Cheers, Klaus

I think it was a great post, too. So much berating and stuff going on and not so much laughing. I wish you knew my sister...she can make me laugh like that. She can make me laugh so hard it hurts. My daughter and husband can get me sometimes, but not usually as good as she can.

I got that engineers and cats thing the other day, too. My husband is an engineer...and it was funny.

Hemp to marijuana to ethical politics to humor... that's quite the gamut of topics, but you seemed to flow from one to the other effortlessly! And the insertion of the "smiling birds" was a hit :)