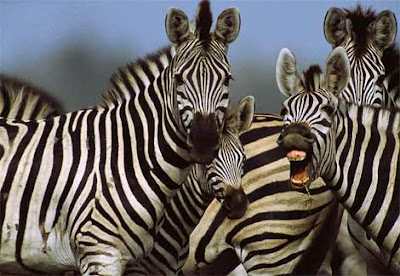 I'll probably live to regret this, but I've decided to make Mondays Alphabet Days and pick one letter each week (starting from the back) and write on a random "letter-related" topic. (Couldn't think of anything to write about this morning.)

Anyway, I was going to write about xenophobia until I realized it was spelled with an "x" and not a "z," so I had to switch to Zoos, a subject on which I have mixed feelings these days.

My nieces and some of my closest friends are all very active in the animal rights community, so this is a touchy subject for me. They pretty much don't approve of zoos - and with good and noble reason. They are probably right. Still, it's hard for me to hate zoos. My childhood memories are extremely limited and most of them are not that happy... except for visits to the Bronx Zoo and the neighboring Bronx Botanical Gardens. These were bright spots in a pretty gloomy early life. These are the happy memories. I wish I could say that I was one of those sensitive children who was devastated by the sight of animals in cages. (In my defense, it's possible that I was more sensitive than I know - I spent much of my early life totally disconnected from any emotion other than happiness... real or delusionally manufactured. That I have a vivid picture in my mind's eye of a beautiful tiger pacing back and forth in a very small cage, may mean that I was not so insensitive as I think, just that I had no psychological vocabulary at the time for what I was feeling.)

Certainly those who offer themselves up as the conscience of our society are right: most zoos in the US and around the world leave a lot to be desired. Mercifully, in the past 60 years, there has been increasing recognition that animals are sentient beings who require more than just a few feet to pace around in and a bowl of food every day. Most "good" zoos keep their animals in habitats which attempt to simulate life in the wild.

Still, there are areas in which even the best zoos fail massively. While she was living in Seattle, my niece Diana was actively involved in efforts to free a troubled young elephant named Bamboo and send her to a magnificent new home called The Elephant Sanctuary in Tennessee. (Gotta love their logo which says: "So they packed up their trunks and moved to Tennessee.") While the Seattle's Woodland Park zoo claimed it was working to preserve the species, it's elephants were dying at an alarming rate and seemed to be suffering. There was more than a little evidence that business interests had as much to do with keeping them as love of the species, though I do think that good people, with good intentions can sometimes still be very wrong about how to achieve their goals.

Certainly as a society, we need to look at our zoos and how they reflect on us as humans relating to our fellow creatures. It's hard for me to write them off because they carry the rare energy of something my family did together that didn't involve angst. I do believe that some zoos are doing valid work in conserving species that are at risk in the wilderness. It may be, though, that the day when zoological parks are good ways to entertain and educate has passed. TV and movies can now offer much more detailed and exquisite exposure to other species than was available when I was a toddler.... and no creature has to be imprisoned for adults and children to be aware of and learn about other species of our world.

So that's my half awake thoughts on Zoos and the first installment of the Alphabet Backwards. Next Monday, I can tackle xenophobia.... or xylophones or .... oops... xenophobia is in two weeks... next week I'll have to tackle the letter "y" - maybe youth or yogurt or yesterday or.... the possiblities are endless.

By the way, the zebra photo above comes from the National Geographic Society. I've linked it back to it's source or you can click here.
Posted by Raven at 10:33 AM

I spent many happy days at the Bronx Zoo Raven. I think if the zoo is part of a conservation and education program then it has a place. And some of these animals would be in worse places without the zoo.

There was a wonderful story about the workers of a zoo in Miss. They risked their lives during Katrina to save the animals.

There is also a group who have put a zoo in Iraq back together and they are rescuing animals left and right.

You are a mighty brave woman to tackle the alphabet. And on Mondays no less! :)

Hi dianne: I too have very happy memories of the Bronx Zoo - and the botanical gardens.

As far as bravery goes, I was thinking it means I don't have to come up with an original thought for the next 25 Mondays. Maybe I should have thought it through more carefully.

The Bronx Zoo was one of my favorite childhood memories....although I usually went with an aunt who only liked the bird exhibits, so that mostly where our time was spent. I have wanted to take Ian and Connor when we go back to visit.

Some zoos really promote education-the Phx Zoo is small, but has a ton of desert animals and some education programs for young kids. They do have a stingray exhibit that costs $3.00 per person (kids too) which I refuse to do. Stingrays do not belong in a desert environment with the ocean another state away.

Honestly, I like animals a lot but I am not truly an animal person at heart, as in I'd rather enjoy them at the zoo or at someone else's house and not my own. Probably not kind of me, but it is honest. I still enjoy them. I hope my boys will be different.

I agree that television and internet provide a much more compelling visual for animals, especially showing them in their element as opposed to a cage.

snoopmurph.... I haven't been to the zoo in a long time now but even the last time I went the age of the "caged tiger" was a thing of the past.

I never had animals until I was in my 30s and now I can't imagine my life without them. Of course, I don't have two young children to care for... my cats ARE my children.

I'll bet you end up with a critter or two when your kids a bit older. I could be wrong, but...