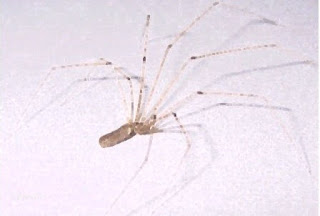 Well, I was going to moan about talking heads but my tiny collective of readers is going to be spared. PBS (which I pretend means I'm watching more elevated talking heads), is having pledge week, so instead of swearing at the TV and muttering under my breath, I'm going to listen to Wayne Dyer talk about Change Your Words, Change Your Life. Hmm. Message from the universe? Wayne's the butterfly (more on this later). The spider was, alas, real. I guess this means that Spring is in the works somewhere underground even though it isn't really showing yet.

I have a conflicted relationship with spiders. When I was very young a spider decided my face was a good place to land. I was not that good with crawly things to begin with and that pretty much sealed the door on my spider fear for a long time. Then, I was - very briefly - a camp counselor. Anyone who knows me, even those who knew me back then, will appreciate the ludicrousness of ME being a camp counselor, but I was one for a very brief two week span. I was probably 18 or 19. The campers were about 8, I guess. But I digress... back to the spiders. When we first got there and went into the bathroom cabin, it was my worst nightmare. It was crawling with (literally!) daddy long-legs spiders. The girls screamed. The counselors screamed. Terror was afoot. Desperate times, however, sometimes bring out the best in me. Something had to be done. What mysterious power moved through me, I don't know, but I walked over to a sink, picked one of these creepy spiders up by the leg (eeeeeeeeek!!!!) and said with as much conviction as I could muster: "Now look. There is absolutely NOTHING to be afraid of...." Miracle of miracles. I left, the girls cleaned the place up. Life lesson learned.

Since then spiders and I have a kind of truce relationship. In Native American and other traditions, spiders are creators, carriers of great wisdom and often represent creativity and the web of life. Here are some wonderful stories that may help some of us spider phobes (hi, Linda!) to shift our perspective on these amazing creatures. I especially like the first one.

And here's an Osage perspective on this odd creature, called The Spider and the People.

I found this very cool website on symbols and this is what it has to say about Spiders.

Another thing that helped shift my behavior around spiders is that I read somewhere years ago that spiders in your house bring luck. (I confess to being a touch superstitious - or at least to erring on the side of superstition - just in case.) If spiders around your house are any indication, I must be very lucky. This seems like the spider kingdom to me some days. I don't so much like killing them any more, so I try to negotiate with them. If they stay in their corner, I will leave them be, though I keep my eye on them. An area where spiders and I have yet to come to a true meeting of the minds is my shower. It is one thing for them to be off in some corner by the ceiling... quite something else for them to be hanging around taunting me while I'm wet and naked. That is a death sentence as far as I'm concerned. There are limits to my enlightenment.

Well, I guess this is going to be just about spiders. Wayne Dyer has a cool butterfly story but it's too complicated to talk about out of context. Butterflies are about transformation. Maybe the butterfly aspect of this little essay is the transformation in my relationship to my fear of spiders. Butterflies are pretty. I like them better than spiders, but spiders are fascinating in their own way. Their webs are so awesome and yet there is something terribly cruel about how they trap and feed on their prey. They do seem to understand patience and creativity, though. They are rich in life lessons if we can get past the fear they engender in our psyches. That said, I do wish I knew where that spider that inspired this mindless Sunday morning ramble has gotten to. Oh, dear.... Time to focus on Wayne Dyer and changing my thoughts...
Posted by Raven at 10:41 AM

Hi, Raven! Somewhat "off topic" but related. Cyndi Lauper was performing in an outdoor concert when a bird decided to relieve itself with the white stuff in-flight and it landed in her mouth. Thankfully she grabed a towel and spat it out and continued the song (a trooper!). Afterwards, she told the audience that her Grandmother insisted this was a sign of good luck!I guess the moral of the story is don't look up!:)

Hi Michael. Ugh... great story. I've been spared bird poop, but I have had more than one moth (can you believe that?) meet it's end by flying down my horrified throat.

Okay-I almost did not read on considering that spider headlining your entry! (shaking, shuddering and looking around now!) I am continually impressed by people who can make peace with spiders and I am not convinced I can be one of those people, even with positive spider stories.

This is probably my greatest obstacle to practicing loving-kindness. I just read an entire chapter in one of my books about not killing living creatures-spiders were specifically mentioned. I was hoping for an exception to the rule!

I hope you will include a butterfly post next time-please don't make the spider a regular feature!

I like spiders...my meditation room used to be in a semi-finished room in our basement and many spiders would come hang out with me, while I meditated. I do move them, gently, from the house to the back porch, though, as their webs, while quite beautiful, do collect dust in a most unfortunate way!

Daddy Long Legs remind me of my grandmother...when I was young, we'd sit on her front lawn, looking for four-leaf clovers...she'd let Daddy Long Legs crawl on her...guess that's why I don't fear spiders now!

snoopmurph, kim... interesting to see such different responses. I knew this would be a tough one for your snoopmurph. I was once just like you about spiders... maybe not quite so terrified, but pretty close. I still have very mixed feelings about them and much prefer NOT to have them around. With typical "universe irony" they most prefer to hang out in my bathroom, though the up side is that I have yet to see one in the bedroom. That would leave me sleepless... But I'm rambling. Kim, I envy you your grandmother story... or some other wise person to teach me not to fear.

Thanks for being brave and reading, Snoop.