The Alphabet Backwards: W is for Water and Wigs 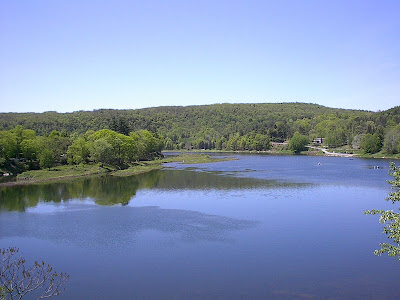 Well, I was going to write something noble and wise - about how much I love water and what a blessing it is. I'm a water sign and one of the things I am most grateful for in life is the gift of abundant fresh drinking and bathing water we have here in the United States. Water is my favorite beverage and since baths are a bit too much of a physical challenge these days, my showers are sort of like mini religious experiences. I can't imagine living in a country where you can't just turn on the tap and have a nice glass of water or where you can't pop into the shower when you feel grubby and dirty. It's such a luxury for many people in the world and most of us where I live don't even think about it. If water were my subject, I could write about its dark side, about the floods we've had where I live for three years running, but it isn't my real subject and today the sun is shining, so I'll stick with my gratitude for clean, running water, a form of wealth many of us don't even recognize we are so blessed to have. Ok... so that's my mini treatise on water.

Anyway, while I was sifting through "w" words on my way to the computer - just to make sure there wasn't something better: Walruses, watermelon (another good subject), wolverines, winter, wandering... the word "wigs" came into my head and that reminded me of an experience from my college days that had a life lesson attached to it, so I'm going to say this is about wigs since a wig was the trigger and then write about the life lesson. It's only sort of cheating. Actually since I made up the Alphabet Backwards and am the only person doing it and it has, as far as I know, no format or rules, I'm not sure why I think I'm cheating. Because I'm a little crazy, probably. I'm just happy not to be writing about xenophobia or yearning or some subject that makes me anxious and stress ridden.

But back to wigs. During my second year in college, I went to some local place in Fre 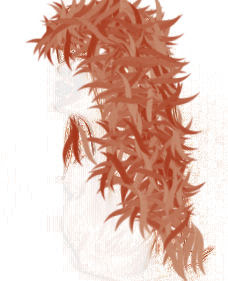 donia - yep, that's where I went to school SUNY at Fredonia - for a cheap haircut. Boy, did I pay a price for that decision. The woman hacked my hair with either incompetent or malevolent abandon. It was hideously short and since I have cowlicks in odd places - it stuck up all over the place. It might have been a big hit in the 80s, but in the 60s, well, not. Actually this haircut was so bad that I don't think it would have worked in any age. My self-esteem was already what you might call non-existent. This haircut felt like the end of the world. I think it came with a big pimple too, though that may just be an something I've added because it adds to how earth-stoppingly ugly I felt. I think there was a pimple, though. In any case, I just wanted to crawl into a hole and die. I'm not sure how long I hid in my dorm room. I knew I had to leave eventually and finally came up with the idea of buying myself a wig... well a wig thing - I think they are - or were - called "falls." It was long and pretty much matched my hair. It was synthetic. I couldn't afford a good one.

But here's the point of telling this story. Our minds are such strange creatures. I put that wig on and suddenly went from being (in my own eyes) a frumpy toad to a being a girl. I went from short hair to long flowing waves, from neuter to female. Alas, I also went from nice to obnoxious because suddenly I was getting attention that I wasn't used to and I was inhaling it. I was like the starving person led into a banquet room. I couldn't get enough. I was greedy for it and ready to push my friends out of the way to get it. At least for a few days. Luckily, I was reasonably self aware and after the first glorious flush of ego, I came back down to earth. It was probably less virtue than the fact that my friends - especially my female friends - were not feeling all that warm and fuzzy about me - but I eventually realized that I was not behaving very well. And once the big ego bubble burst, I realized that nothing had really changed about me but my perception of myself. That silly, ugly wig had made me feel pretty and because of that I had behaved differently - especially around men. It was a genuine life lesson. We really do create our own reality to a large extent.

I wish I could say that I had used this lesson wisely and gone on to develop radiant self esteem. No such luck. I went back to being insecure and pathetic and added those few days of blissful vanity to my list of things for which to judge myself. Still, it was a good lesson and has served me in lesser ways. I wish I had been wise (strong enough) at that early age enough to throw off the toxic shame my parents infused in me. I've made progress over the years in small ways, though that's probably not really as true as I like to think it is. Never leaving the house means I don't have to test my progress or lack thereof. I suppose I could don a wig and disguise and see if it made me more comfortable stepping out my front door, but I can't hide my obesity...

Which just makes me realize how close a call this "w" thing could have been. Thank goodness I didn't think of "weight," for my "w" word. Maybe there is a god. Now I think I'll put on some dark glasses, close the curtains and hide from even what I have just written.
Posted by Raven at 10:44 AM

Absolutely spot on Raven! I can so relate to this post, even specifically in terms of what it's like to wear a wig and feel terrif! I also had my hair hacked by a supposedly talented stylist. So badly, that I also bought a wig and started wearing it when I was singing semi-professionally (many moons ago). I felt like I was invincible in that wig. What memories your post brought back.

Wonderfully expressed, so glad I stopped in. I am adding your blog to my blogroll, now!

A Wonderfully Worded post that I enjoyed...as always. You are a fine writer, Raven. I hope you are saving these posts! Perhaps a book? I'll be working on a title for you!:)

Hi Geraldine - so funny that you had a similar experience. It was very odd indeed to feel so different just because I had some fake hair on my head. Glad I brought back happy memories.

Michael - Thanks as always for your kind words. I'm kind of counting on the great Gods of cyber space to save the posts for me.

A book sounds good to me. I'm more than ready to be published. Can you find me an agent or a publisher? I just don't know how to do it on my own. Maybe someone will make a posthumous collection when I kick the bucket and my sister's kids can collect the profits.

geraldine - I forgot to say thank you for adding me to your blogroll.

What a writer! (my W contribution) I was chuckling over the cowlicks-I have serious cowlicks and my little boy does too. AND I read a very strange correlation on an autism board about a lot of kids who have two cowlicks have autism. I was completely skeptical, but he certainly has some interesting hair patterns!

My sister-in-law wore a wig for quite some time and I always thought she was just beautiful, but she said the wigs were super itchy and warm to wear.

I too hate it when hair-dressers mess up my hair(which has happened recently!) Interesting post and nice idea on 'The Alphabet Backwards'

I'm glad today is W Day! Thanks for the glimpse into your past!

I've been stalking your blog for about a week now and had to comment ... this was so beautifully written and so dead on. Our perception of who we are colors our whole life experience.

Beautiful shot of the lake, by the by.

snoopmurph.... writer! Now why didn't I think of that!

That's interesting about the connection between cowlicks and autism. Hmmm... reminds me that someone sent me an email about a connection that the government has now admitted to shots and autism.

As I recall, your sister-in-law was right about wigs not being comfortable. I'm glad she's doing well now.

joel - isn't it awful when you put your hair in trust to some maniac with scissors and they hack it up? I didn't get a hair cut for a very long time after this particular catastrophe and then saved up and went to some mega expensive place.... did get a good haircut there... the first time.

Good morning, Kim. Ah, my sad past... it looks much better filtered through the gauze of time.... ooh that's a good line for a poem.

moo - welcome and thank you for your kind words. The picture is actually a bend in the Delaware River in Narrowsburg, New York.

I have put on wigs before that made me feel like that. And that have made different types of men look at me who would not otherwise have been interested. It's amazing what an effect hair has.

Hi Diana - it really is amazing how much of an impact hair (and our self perceptions) make. Plus it's amazing how differently people react. Life is a curious and amazing adventure... even when you just hide in your house.