The Alphabet Backwards: Y is for Yearning 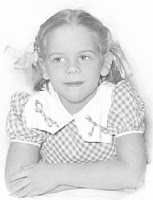 Who'd a thunk this would be such a difficult topic. I just erased about six frustrating paragraphs. Yearning is a natural human instinct, right? Not in my world. I think I need the length of the novel I will probably never write to explain how much difficulty I have with the concept of wanting or yearning. I started writing this - trying to write this - at about 11:00 am this morning. It's 3:17 and I'd be just as lost as when I began if I hadn't just talked to my therapist on the phone.

My mother meant well. I know she did. She was just very wounded and in her wounding - I won't go into details - I tried that in the first draft and it's too hard to explain - so let me just say that out of her own wounding she created in me a fear of wanting. Truth is that until my sister was murdered, I was totally disconnected from pretty much all human feeling except a kind of pseudo happiness. The smiling twinkie twilight zone in which I had protected myself from the insanity around me was already cracking at the edges before she died, but her death shattered it completely and though the journey has been painful, the murder which stole my sister from me, in an odd way gave me back my self... or at least opened the door to me finding myself.

What does this have to do with yearning? I don't know how to do it. It involves lots of forbidden and uncomfortable feelings. Well, my therapist - Hi, Dr. Jim! - says that I do, but that I'm so afraid of it that I stop myself. He's very wise so he's probably right. I associate wanting/yearning with guilt and punishment. He suggested that I yearn to walk without pain and to leave my house. I actually argued with him! But of course I yearn for that. And I also fear not being able to cope with it. Disability may suck but it's predictable and I can feel guilty 24/7. Another place my therapist suggested that I allow my yearning to leak out is my perpetual quest to win the Publisher's Clearinghouse Sweepstakes. That's true, but I detach from even that because I make a joke out of it.

One thing I am good at is surrogate yearning. I yearn passionately for the happiness of my nieces and nephew and my friends. I yearn passionately for a house for my friend who is struggling to escape a bad relationship and an unsafe situation. I yearn passionately for all my friends' wishes to come true. As I write this, I realize that I also am able to yearn passionately for things like world peace and Dennis Kucinich (or someone like him) for President. It's when it comes to yearning for myself that it feels as though that piece of my heart was cut out by my mother and my brother an eternity ago. As Dr. Jim pointed out, it's still there, it's just that my reflex to detach from it is so swift and reflexive that I disconnect from it almost before I can feel it. When I do feel it, I get pejorative and/or frightened. Who do I think I am? I don't deserve whatever it is - be it a camera, a house, enough money to pay my bills, freedom to walk out in the world without panic. Even love.

One of the early realizations I had in therapy was that - for whatever complicated set of reasons - I felt like my very existence was a crime against God, that I had somehow stolen a life and space that rightly should have belonged to someone else. Who, I don't know. The radiant me who lives inside, who craves love and attention, maybe even fame - learned to keep a low profile, lest God take back her forbidden life.

As I write this, I realize that she really IS in there. And she is yearning to break free.

I know this isn't my best writing. It is jumbled and disjointed. It's incomplete. I'm going to post it anyway because it's the best I can do on this subject. That I am talking about yearning at all is enraging some terrified part of me. I can almost literally see a hand with a bloody blade poised to attack. That's how intense my fear of my yearning is.

Which I guess is may be a sign that the part of me that yearns really is alive and well. And she really IS yearning to break free. And that scares me. But it makes me happy too.
Posted by Raven at 11:57 AM

I'm so glad you wrote on this subject...it's certainly the first step in healing. Yay for Dr. Jim! He really does seem to do you so much good. I yearn for you, as well! I yearn that you'll be able to more freely yearn. That you can put your personal yearning right up there with all the yearning you do for others...you ARE worthy of it!

I'm so honored to call you my friend! And I yearn to get together again soon! (Maybe for a car ride and ice cream again?!)

Yearning is such a personal subject and I am really happy that you could work out some of your thoughts. You demonstrate such love and good wishes for others-do not forget yourself. You are very deserving.

Kim - the honor goes both ways. And thanks for yearning on my behalf. Back at ya. Dr. Jim is brilliant and funny. Eeeek... a car ride. It sounds good. Our venture into the big world was my last time out of the house. Wow.

snoopmurph... this was hard to write and hard to post. Thank you for your kind words. If I can live until I'm 80 hopefully I can work on this for the next few years and enjoy maybe the last 17 yearning and receiving... ya never know...