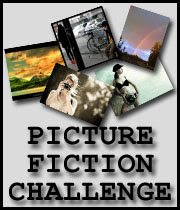 This is the fourth monthly Picture Fiction Challenge created by R.E.H. at Ramblings of a Madman and my third attempt at it. Each month, R.E.H. randomly chooses five photos over at Flickr.com for each of five assigned categories: Character, Setting, Objective, Random Object and an Item. Each photo must be included the story in accordance with its assigned role. I thought the last two were difficult to do, but this one just had me stumped for the longest time. I finally coughed out the feeble effort below, but even though I think I included all the photos, I'm not sure I was quite true to their assigned roles. I tried, though, she whined pitifully. I tried really hard.

I highly recommend that you check out Dianne's answer to this challenge. It's looking like she and I are the only participants this month, so I don't mind singling her out. She wrote an awesome story for the challenge. It's magnificent. And really good. Just found out that there was another PCF participant. Please check out Jill's story - in two languages (French and English), no less.

Here are the pictures R.E.H. gave us to work with and their assigned roles. 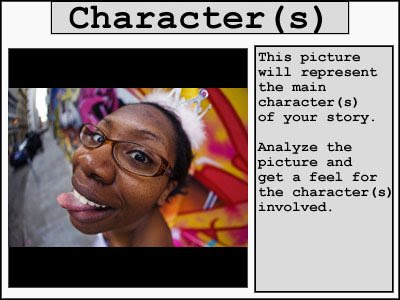 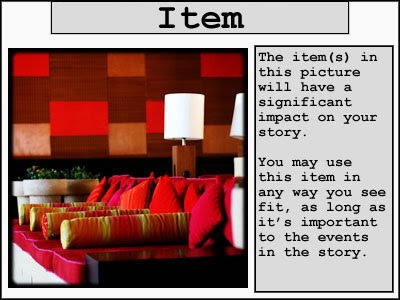 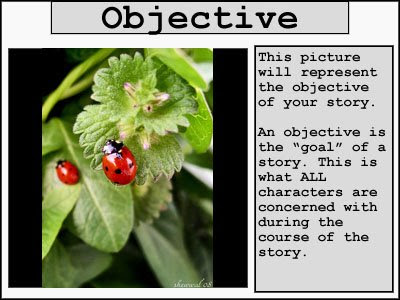 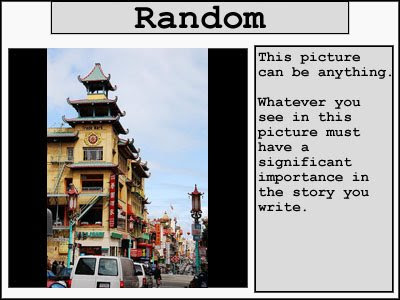 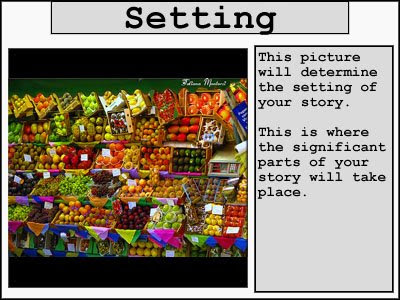 Lucy “Ladybug” Johnson had moved with her family to ’s when she was thirteen years old. She had grown up with the color, lush beauty and easy pace of and at first city life had seemed overwhelming. But then her father had opened a small neighborhood store where he sold the fresh fruits and vegetables. To her eyes the stand was beautiful. It was full of color and smells and textures and it reminded her of . She loved it and she loved helping her parents, meeting all the wonderful diverse people who came and went from day to day and week to week. But she had quickly adopted as her true home. Their neighborhood was diversity itself, with hundreds of restaurants offering all kinds of incredible foods: Greek, Indian, Lebanese, Chinese, Polish… anything you could think of, really. There was also soul food and all sorts of wonderful Jewish pastries and delights. Katz’ Delicatessen was probably the most famous place in the area… It was such a poor neighborhood in so many ways, but it was so rich in the textures, smells, sounds, and languages of its people that it was like living everywhere at once. Oh, it was true that there were drug dealers on almost every block and too many homeless men and bag ladies. It’s true that many of the buildings were run down, but she loved it. She loved the music of her mother’s deep lilting Jamaican English rising in counterpoint to Mr. Wyzowski’s Polish accent and the Martin brother’s thick New Yorkese. To her they wove a together in a kind of linguistic counterpoint that equaled the best Bach fugue.

Her second favorite place in her was , which was a world in itself, with narrow streets and wonderful smells. Her best friend in the world was Martin Chow. It was Martin who had given her the name Ladybug. He had caught her one day at school – they both attended Stuyvesant High School for the gifted - rescuing a little red and black bug and quietly singing to it the ladybug song: “Lady, bug lady bug, fly away home, your house is on fire, your children are gone. Except little , who sits in a pan, weaving gold laces as fast as she can.” He had thought it was cute, especially since she had been wearing black and red polka-dots that day.

“You look like a ladybug yourself,” he had chuckled. She had looked up from her task, embarrassed, to see the kindest most handsome face ever in the history of faces…. Or that was how she felt about it. Martin had gone on to ask her if she knew the history of the ladybug song. When she nodded, “no,” he had explained how in Medieval England when farmers would set torches to the old hop (used in flavoring beer) vines after the harvest as a way of clearing the fields for the next planting, they would sing this little verse as a warning to the ladybugs that were still crawling on the vines in search of aphids. The ladybugs' children (larvae) could get away from the flames, but the pupae, referred to as "Nan" in some versions, were fastened to the plants and thus could not escape.

“Cool,” she had whispered, smiling. “How did you know that?”

They had been 15 at the time, but she had loved Martin from the very first instant of seeing him. He had felt the same way. Later they decided that they had known each other in another life. At least one. They shared so many interests. But there was something more than that. They were connected. Even that first day, they had known they were friends, more than friends, from the first word. Maybe that was how love at first sight worked. Maybe it was just people meeting again across time and space. Whatever the reason, she and Martin had become instant friends and then they had become more than friends.

Tomorrow, with college now behind them, they were to be married. Twice actually. Both ceremonies were to take place in the elegant The Lotus Flower Restaurant that belonged to Martin’s family. Ladybug loved Martin’s parents. They were a complex mix of modern and traditional. And they were kind, like Martin. They had welcomed her into their lives with open arms. And they had welcomed her family as well. The weddings would take place in the Lotus Flower's huge banquet room. The whole restaurant was elegance itself, but rich and warm and embracing. The walls were squares of red, white and rich mahogany wood and the seating was likewise rich mahogany wood with red and gold bolsters of the finest silk. It was like walking into a . And it was awash in magnificent art and flowers and the luscious aroma of the finest Chinese cooking in the city. For the weddings, though they would combine cultures and the wedding banquet was to be an amazing combination of Jamaican and Chinese delicacies. Her first wedding would be traditionally Chinese. She would wear a red dress onto which her mother-in-law had embroidered with her own hands somewhat non-traditional lady bugs. Lucy thought it was the most beautiful dress she had ever seen, until she saw the gown her own mother had made. Then she thought that she was perhaps the luckiest woman on earth to be wrapped in so much love, wearing not just one but the two most beautiful dresses on earth. Her mother too had added a ladybug to the wedding attire. In her case it was “something new” – the most magnificent little earrings in the shape of lady bugs, but crafted with such skill that they were elegance and beautiful.

Sitting on the edge of her bed in the apartment above the fruit stand that she loved so much, she felt profound peace mixed with a sense of nostalgia for the childhood she was about to leave. I am indeed the luckiest woman on earth, she thought. And as if to confirm that thought and give its blessing a ladybug landed oh, so softly on her window and then flew away.

The End
(And they lived Happily Ever After)

that's lovely Raven. along with the romance between Ladybug and Martin it is also a love letter to New York City. and that is wonderful.

thank you so much for the mention - you're always so kind to me.

Hi... I thought your story this month was just wonderful.

It made me a touch homesick for the Big Apple writing this. There are things about the city that I really miss even if I didn't take the best advantage of them when I lived there.

Your story just filled me up with happy goodness, Raven. Fantastic imagery, so vivid & sensory...and it made me glad that such a lover-of-people found her heart's true love. I adore your theory about love at first sight being flavored by a past-life connection :)

Well, if only 2 people contributed to the PFC this month, I'm glad it was you & Dianne...both stories were wonderful & complemented each other.

Don't be so harsh on yourself! This is beautiful, and you have greatly descrive the stuff in this!

raven - jo is right! as usual LOL
our stories did compliment each other - that's cool.
go to jill's place - she did the PFC too although she didn't mention it in her comment.
Her PFC is a lovely lark and she said ours was better - silly girl LOL
I'll be worzzling my way over later today. would you believe the freakin' techs are back!?

Hi Jo - thanks. I kind of like that love at first sight theory too. It came out of this story, too. Interesting how that happens.

Jill - shucks, Jill, thanks. I'll head over and check yours out. Glad Diane mentioned that you have posted one.

Dianne - a return visit! The stories do compliment each other don't they. That love of New York is strong.

I enjoyed your contribution to this month's offerings. I had great intentions to join in, but got overwhelmed with work and simply couldn't find the time.

Martin's story within the story really added a feeling of authenticity to it.

I agree about Diane's story too. She did a great job with it.

jeff b - thanks. Glad you liked it. Maybe you'd like to try your hand at my Saturday Wordzzles. Much easier than the PFC and lots of fun.