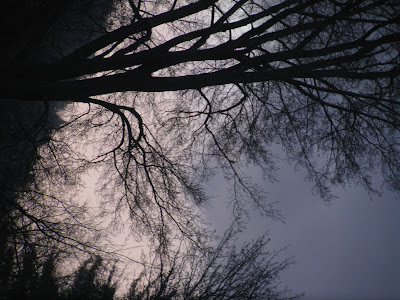 
I watched a wonderful, painful Frontline program called "Facing Death" on PBS  (you can watch the program here) this evening about patients and families dealing with death and dying. It's not something we are very comfortable with in our society and the decision making process has become more complex as our capacity to keep bodies going becomes easier. The doctors on this program were wonderful and kind in working with families and patients, but the truth is there is no easy way to talk about death when it is not just some abstract concept but is quite literally knocking on the door.  There's an interesting article on Huffington Post on the program. 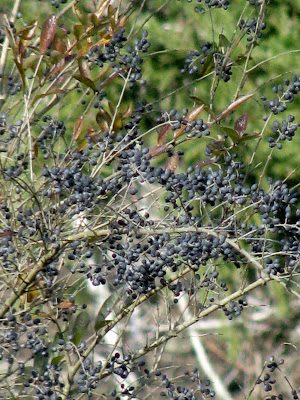 Sarah Palin's so-called Death Panels - one of the things she so objects to (and uses to frighten people) - would offer counselling to the elderly and their families over the course of time, would help them to look at possible decisions while they are still able to and when they are not in the midst of a traumatic situation. I wish there had been that kind of help available to me when my mother was dying. No matter how right (and others may have different views on what's right or wrong) a life and death decision is, it is still just that. At the end of my mother's life - after almost two years in a nursing home, after over a year of being silent and virtually comatose, she developed gangrene in her legs. She was 80. She was barely conscious. She was being fed through tubes. The doctors recommended amputated her legs... or at least forced me to decide whether to do so. I think they were legally obligated to suggest it. Maybe not. In any case, I thought that would be a final affront to her body and spirit and I chose not to do so. She died shortly after. My guess is the surgery would have killed her in any case. 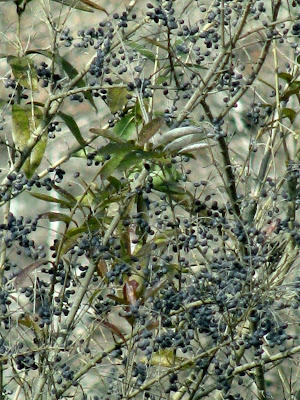 I think a bit too much about death these days. I haven't been feeling all that well. My legs (I'm not always sure this is truth or something in my head) seem less eager to carry me - even in wobbly fashion - from room to room. Other aspects of my being are functioning differently. Some of it is very annoying. Some of it is a little scary.  All of it raises the specter for me of ending up not just alone, but alone in a nursing home, of being a burden on my sister's children. Or of being forgotten by them. I don't want either of those things. My plan, such as it is, is to fall asleep quietly and not be a bother to anybody - and not deal with the shame of helplessness or of madness (dementia) or... Truth is, though, that how it plays out is pretty much in other hands than mine. I don't know if I'm more afraid of turning into my mother or of being a burden or of being alone. I suppose I fear all three. I think I have more fear about how I die than actually dying. But then the closer death gets, the less objective I am about it. Or maybe not.

One thing I do know, is that I don't want to be kept alive as a semi vegetable. My mother had a living will but it was misplaced so it wasn't enforceable.  I did place a DNR (Do Not Resuscitate) order at the end. If it comes to that, I hope someone will be kind enough to do that for me. I started to make living will but I am a procrastinator of the worst order. I think you need to have a doctor with whom you register it and I haven't seen a doctor in about 6 years and am not likely to do so any time soon no matter how many parts of me fall to ruin. Still, I need to deal with the living will simple to make it easier for anybody who may get stuck dealing with my demise when the time comes. I don't think having a machine breath for you is the same as living. I don't think being tube fed an semi conscious is living. Existing to me isn't the same as life. One of the things this program tonight talked about that everyone has to die, the thing is that most of us want to die "well."  A friend of mine was dying of cancer at about the same time my mother's life came to an end. Both of her parents had gone through extensive treatment and had die in pain. She decided not to fight. This upset many of her friends and her family. We had a conversation towards the very end of her life about whether she was doing it right. I told her that it seemed to me that there was no right or wrong way to die and that her death belonged to her, to go through on her own terms. I think I was right. I hope I can have as much courage when my own time comes. I hope that I can die well and sweetly - or at least discretely. My father - who died three months before my mother - had a pretty good death, I think. He took a day off from visiting my mother at the nursing home where he spent all day every day hovering over her and being rejected. He getting ready to go to a book club at the library. He had chatted with neighbors earlier in the day and was laughing with them. He had the radio on and was making lunch when he had a massive heart attack. I'd rather fall asleep without the heart attack, but I'd take a day like that as my second choice for how to go. Guess that's all I have to say for the moment. 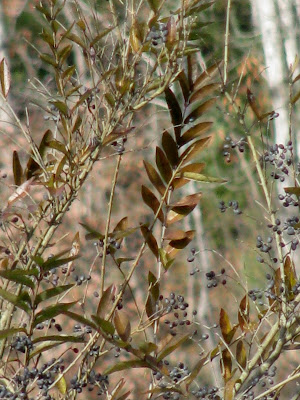 Some things I'm grateful for today:
About 3/4ths of the way through blogger started boycotting photos, so no closing photo this evening. Maybe I'll try to load it in the morning in which case nobody will have seen this, but just in case... Only have weird pictures today anyway, so it's not big loss really..
Have a Great Day!
Posted by Raven at 1:30 AM

Blogger does the photo thing to me sometimes too - VERY annoying...

I've been thinking about death myself lately. My mother died of cancer & that's no way to die. I had a cancer scare myself recently & I was wondering how I would handle it if it got to that point. I just don't know. I'm thinking not gracefully.

You want to hear my WordPress promotion speech again? No? Pity. ;)

I currently have a friend dying of cancer. He said "no" to the chemo and decided to live every day with all of the zest and vitality he is capable of. amazingly enough, he has gotten stronger and seems to be doing better. The doctor's caution that it is just an illusion, but they do admit it seems to have slowed the progression of his cancer. I think it is because he has made up his mind and prepared for his death, so he no longer has anything to worry about.